Today The National weather service issued a Tsunami warning for all the west coast. Though it was later cancelled the warning was real. But why was this happening? And why now?  Jesus made it clear to His Disciples when they wanted to know the signs of His Coming  in Luke 21:25. He told them the things to watch for Let’s take a look of the scripture and then I’ll explain:

“And there will be signs in the sun, in the moon, and in the stars; and on the earth distress of nations, with perplexity, the sea and the waves roaring;”  Luke 21:25 NKJV

He highlighted three celestial elements because the number three in scripture represents the three members of the Godhead that bear witness to the things to come. (1 John 5:7 NKJV) As you can these three elements are the Sun, Moon and the Stars that are causing  nearly catastrophic events on Earth. In recent years we have seen these “signs” or “signals” play out let’s take a look:

literally days after the solar eclipse took place devastating hurricanes hit Houston, Miami, Puerto Rico, Virgin Islands to name a few. Coincidence you say? That’s fine I respect that but we’ll look at the facts. According to the weather channel, a hurricane has not accompanied a solar eclipse in over 57 years. All of a sudden in 2017 historical hurricanes wipe out thousands of property and people. I don’t need to prove this here because you saw this for yourself if own a television.

“So you also, when you see these things happening, know that the kingdom of God is near. Assuredly, I say to you, this generation will by no means pass away till all things take place” Luke 21:31-32

Notice Jesus says this is the generation that will see these signs from the parable of the fig tree representing Israel’s rebirth in 1948 up until now.

Therefore the timing of the hurricanes that lasted weeks following the Solar Eclipse was no coincidence and neither does the scripture mention anything about “Mother Nature” predicting the things to come.

In  2014/2015, there were four Blood Moons that appeared from April to September and this year we have a Super Moon that’s occurring not once but three times making it a Blue Moon!

Whenever there is a Lunar Eclipse, it causes earthquakes and tsunamis because a gravitational tug-of-war involving the Moon and the Sun. Sow now as of 1/23/2018 there is a mass evacuation from Alaska to California because of the Lunar eclipse that caused an earthquake and then a tsunami 2018!

Jesus The Greatest Meteorologist that ever lived predicted the weather including tsunami 2018 years in advance because He controls the weather!

My Prayer is that you become enlightened by the power of the Holy Spirit and begin to see the things that are coming that signals His Coming. Be we love you and want you to be ready. Need prayer? Contact us today to get the truth about salvation. 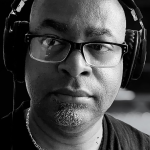 Kushner: Mideast peace plan to be revealed in June after Ramadan