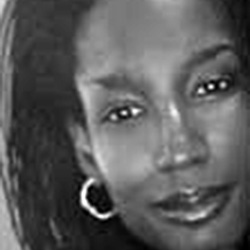 Deborah’s ministry began at the age of five when her mother, Minister Maggie Featherston, taught her the first song she sang entitled, God Never Fails.  This song turned into many solo performances, and Deborah grew strong as a vocalist and joined several church choirs and led her high school Acapella Choir to victory in local music competitions with her lead in God is Trying To Tell You Something  from the movie The Color Purple.

In 1995, Deborah met Ernesto Phillips and Renee Diggs from the 80’s R&B group, StarPoint, from whom she received artist development and vocal coaching. And in 1999, Deborah met Jane Jackson Harley, CEO of Kemet Production, whose father was co-owner at the time of the legendary Apollo Theatre in Harlem, New York.  She performed Whitney Houston’s All The Man I Need and won one of four spots in the local competition.  Deborah continued auditions and solo performances under the direction of Ms. Harley and came so close to major recording contracts that never materialized.

She realized the Lord’s desire for her life was not the road she was taking.  Deborah later relocated to Atlanta, Georgia to be a part of New Birth Cathedral where she met her husband, Minister Terrell.  Both of them spiritually outgrew the ministry, and Deborah developed a consciousness and passion for Bible Prophecy signifying the Return of Jesus Christ.  In fact, she did not realize she was living in the day in which Jesus Christ will return at any moment until she read Surveillance Society: Rise of Anti-Christ by Dr. Grant Jeffrey. She began listening to Jack Van Impe and Pastor John Hagee while conducting in-depth studies of End Time processes and events.

While Deborah was learning and teaching principles related to the End Time, the Lord also led her spirit to learn in-depth principles of Spiritual Warfare at which time she and her husband met Dr. Rebecca Brown, author of He Came To Set The Captives Free, who prayed over and anointed them.  Since then, Deborah and her husband found themselves fighting spiritual battles that many people only read about.

One of Deborah’s deepest desires is to continue assisting her husband further develop NuCreature Ministry and help those who have been affected by the demonic effects of witchcraft.