Is President Trump’s historical Israel-UAE Peace Deal a sign of the end times? Is it the deal that sets off the imminent Rapture of the Church? The Tribulation Period? (Daniel’s 70th week). Only time will tell, but the details of this deal are certainly paving the way for critical end time events to occur. Let’s take a look at the highlights of this deal:

The most critical clue to this prophetic mystery is the parting or sharing of God’s land which is Israel. God says:

“I will enter into judgment there for my people, my heritage Isra’el, whom they scattered among the nations; then they divided my land. Joel 4:2 CJB

“…this deal will allow much greater access to Muslims from throughout the world visit the many historic sites in Israel which the Muslims want to see very badly and have wanted to see for many many decades and to peacefully pray at the Al Aqsa Mosque which is a very special place for them…” In other words, Muslims around the world will share historic sites and have access to the Al Aqsa Mosque.

According to the dictionary, dividing is to share something with others. It is as simple as that! This deal does exactly what Adonai, The Lord Himself did not want! The deal divides the usage of Israel in the name of peace. Because the land belongs exclusively to God, not even Israel can sell or negotiate the use of it:

“The land is not to be sold in perpetuity, because the land belongs to me — you are only foreigners and temporary residents with me.” Lev. 25:23 CJB

Prerequisite To One World Religion

Trump’s Peace Deal also paves the way for the One World Religion as requested by the world leader, Barack Hussein Obama also endorsed by Pope Francis which employs the “Common Ground” game often used to persuade.

“In the christian faith ibrahim in the muslim faith, and Avraham in the jewish faith and no person better symbolizes the potential for unity among all these three great faiths than abraham and that’s why this accord has been given that name”

This “Abrahamic Accord” insists we all serve the same God with a different name deriving from the seed of Abraham, Isaac & Ishmael. Ishmael, was an illegitimate son by Abraham’s wife’s maidservant Hagar. Who became wicked in the sight of both Sarah and Abraham by worshipping false idols (birthing Islam) which is why he was sent away with his mother Hagar.

A legitimate son, Isaac, who became the heir of the promise or covenant with God and Abraham, birthed Judaism which also eventually became Christianity today. In totality, all of this brings the three great Abrahamic religions: Judaism, Christianity, and Islam. (See Isaac & Ishnael)

In the future, these three Abrahamic religions will be called “Chrislam” as dubbed by the Pope, the second beast rising up out of the sea in Revelations 13.

Signing This Peace Deal at the White House

Today, September 15, 2020 the Peace deal with the United Emirates will be signed right here on U.S. soil literally blocks away from where we live.  Why here in the U.S.? Why wasn’t the deal signed in the Middle East where Jerod Kushner negotiated them? In my opinion, it was to keep they key person who will “confirm” the covenant out of the media’s eye according to Daniel 9;24-27.

The goal is to keep the world leader out of the picture so that those who follow prophecy will not get the message. Of course there will be no need to hide this from everyone else because they know nothing about what’s happening right? Of course this is just my opinion. 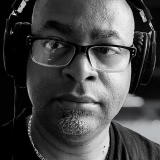